Mexican President Andres Manuel Lopez Obrador took office in December vowing to revive state-owned energy company Pemex and put the brakes on foreign investment to give the public a bigger cut of the country’s oil wealth. Those are fighting words for American debt-rating agencies, anytime they notice governments consolidating an industry for the benefit of the people they start downgrading. they are the protectors of Wallstreet profiteers.

With $106 billion in financial debt, Pemex would likely see borrowing costs soar as many investors dump its bonds.

Following President Andres Manuel Lopez Obrador win, it was expected that one would hear a ramp up of news about how “notoriously corrupt” the petroleum company owned by the Mexican government is. We have to remember that Past Mexican Presidents didn’t invest in Pemex and would only use it as a piggy bank. take the refineries, for example, Mexico is just now starting to revive and update the outdated refineries belonging to Pemex. and they want to build a modern oil refinery so they won’t depend on American refineries for fuel. but what does Mexico get in return? American debt-rating agencies will punish Mexico’s Pemex for not opening up to foreign investors.

It turns out that American debt-rating agencies are known for pushing  American foreign policy , So much so that China’s finance minister accuses credit rating agencies of bias. 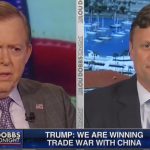 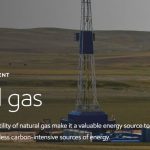 New Mexico to get $64 Billion, thanks to crude oil benefits

Documents reveal Pemex will get 7.3 billion usd in tax breaks