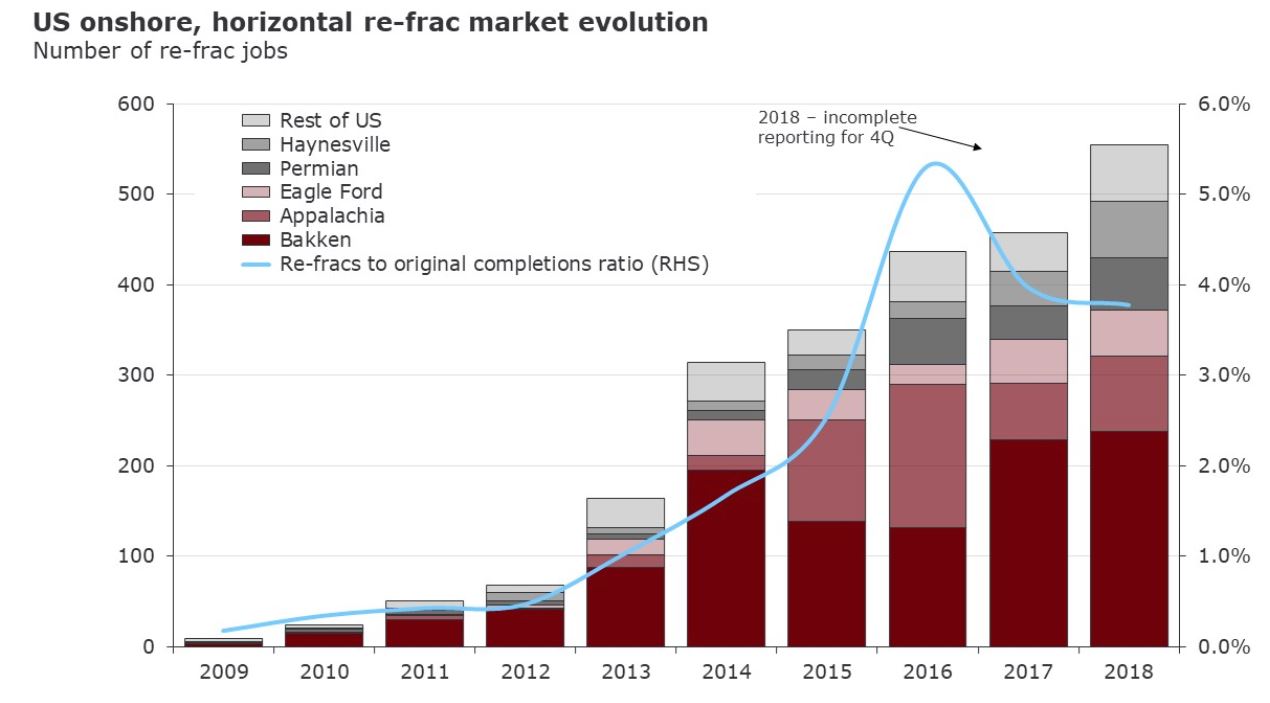 One key takeaway is that, despite an increase in the number of re-fracked wells, the relative size of the horizontal re-frac market, compared to the original completion market, peaked during the downturn in 2016 at 5.3%, and declined to 3.8% last year.

Growing use for the wireline services market