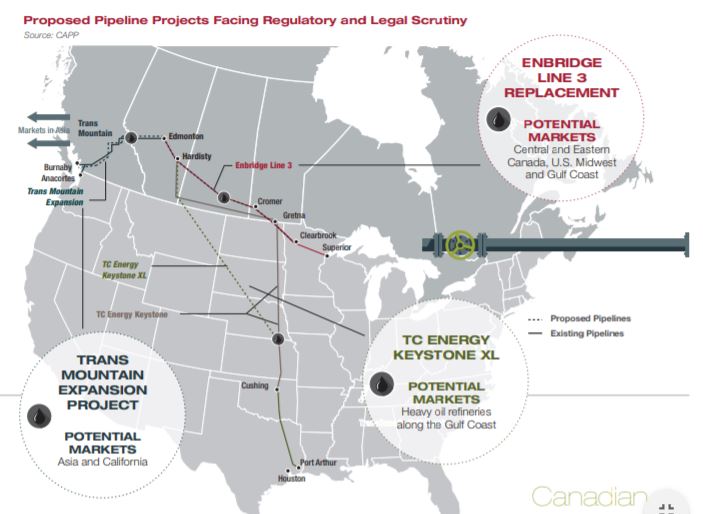 By Tsvetana Paraskova and capp.ca

Insufficient market access and continued uncertainty over additional pipeline capacity have finally caught up with the growth projections of Canada’s oil industry association.

The Canadian Association of Petroleum Producers (CAPP) has just released its 2019 Crude Oil Forecast, Markets and Transportation report which estimates that Canada’s crude oil production will continue growing from now until 2035, but at a much slower pace than previously thought. @ oilprice.com

This year, capital spending in the oil sands is set to decline for a fifth consecutive year to roughly $12 billion, approximately one-third of the investment seen in 2014. Conventional oil producers are expected to drill fewer wells in 2019 compared to either of the two previous years, and activity is not likely to improve without better market access via pipelines.

Overall, capital investment across Canada’s oil and natural gas industry is forecast to fall to $37 billion in 2019 compared to $81 billion in 2014. With global demand for crude oil expected to grow through to 2040, Canada has the opportunity to reclaim over $40 billion of investment if it addresses the key challenges surrounding access to international markets and regulatory and fiscal policy both federally and provincially. @ https://www.capp.ca

Canada’s energy sector is working to benefit all Canadians

I Love Canadian Oil and Gas Hoodie – is illegal?

Exxon Goes All-In On The Permian