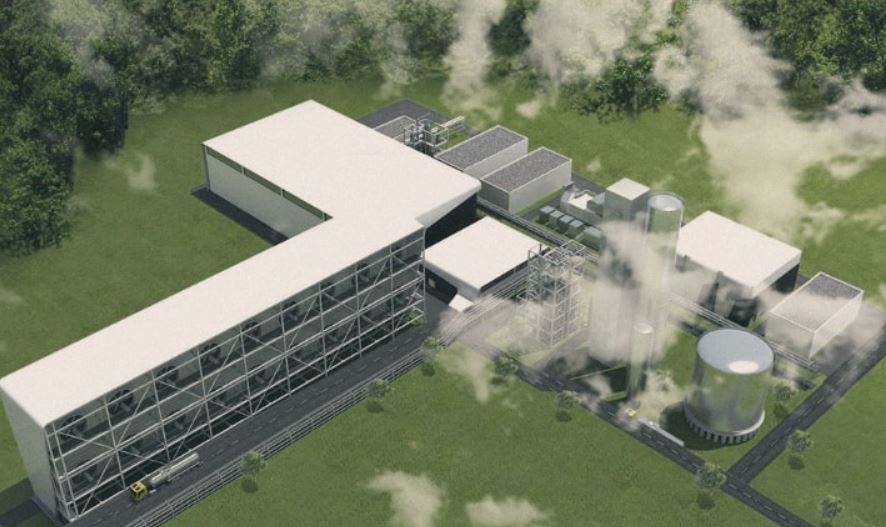 Oxy, Carbon Engineering to Build Largest Carbon-From-Air Plant, The Permian Basin plant would initially capture 500,000 tons of atmospheric carbon per year. Occidental CEO hopes project with Carbon Engineering will serve as an example for other companies.

The companies will jointly proceed with the engineering and design of the world’s largest Direct Air Capture (DAC) and sequestration facility. The companies are evaluating a facility designed to capture 500 kilotonnes of carbon dioxide (CO2) directly from the atmosphere “CO2 Recovery” each year, which would be used in Occidental’s enhanced oil recovery (EOR) operations and subsequently stored underground permanently. The plant would be located in the Permian Basin.

The feasibility of DAC has been disputed, in part, because publications have not provided sufficient engineering detail to allow independent evaluation of costs. We provide an engineering cost basis for a commercial DAC system for which all major components are either drawn from well-established commercial heritage or described in sufficient detail to allow assessment by third parties. This design reflects roughly 100 person-years of development by Carbon Engineering.

Dr. David Keith, President of Carbon Engineering, a company based in Calgary, Alberta, is commercializing a technology to capture carbon dioxide (CO2) from the atmosphere. The company plans to market the captured CO2 to produce low carbon transportation fuels in markets such as California where regulation, derived from a state law designed to manage climate change, restricts the maximum carbon intensity of transportation fuel. – https://www.hbs.edu

Canadian companies that do carbon capture

Carbon Engineering
Based in Squamish, B.C., Carbon Engineering focuses on direct-air carbon capture and conversion. One of the products it developed is a carbon-neutral jet fuel. Technology trends drive business development – grow your business with the Daily Oil Bulletin.
The company recently closed a US$68 million equity financing round. Investors include Bill Gates and Murray Edwards, founder and executive chairman of Canadian Natural Resources Limited.

Inventys
Burnaby, B.C.-based Inventys developed an adsorption material that draws CO2 from industrial flue gas stacks. In partnership with Husky Energy Inc. it is now building a $15 million demonstration plant in Saskatchewan, with the captured CO2 to be used in enhanced oil recovery.

CleanO2
Calgary-based CleanO2 developed CARBiNX, a small-scale carbon-capture device for home furnaces that captures CO2 in the form of carbonate, which can then be used to make a range of products, including hand soap.

CarbonCure Technologies
CarbonCure Technologies, of Dartmouth, N.S. developed a process for adding CO2 to ready-mix concrete in which the CO2 becomes converted into a mineral and sequestered to make a lighter, stronger and lower-carbon concrete. More than 100 concrete makers in the U.S., Canada and Malaysia are using the product.

CO2 Solutions Inc.
Montreal-based CO2 Solutions developed an alternative to existing liquid amine carbon capture that produces no toxic waste. The company has partnered with Resolute Forest Products to build a 30-tonne-per-day carbon-capture plant at the company’s pulp mill in Saint-Félicien, with the CO2 to be used in the Toundra Greenhouse complex.

Pond Technology
Pond Technology, based in Markham, Ont., developed a process for taking untreated emissions from power plants, refineries or cement plants and uses it to grow algae in bioreactors, sequestering the carbon and cleaning up other impurities from the exhaust. The algae is then used to make animal feed, cosmetics and biofuels.

Fed’s first such rescue operation in a decade