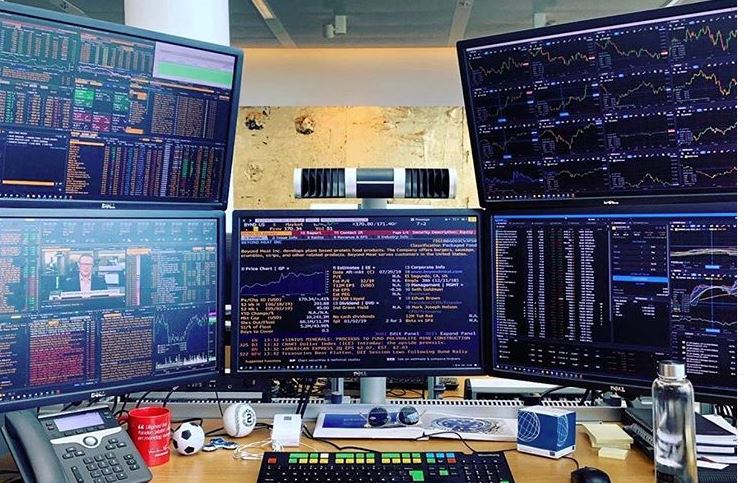 Oil surged as the Federal Reserve moved toward a rate cut to boost the economy while tensions with Iran threatened to choke Middle East supplies.

Futures in New York closed 2.1% higher, rising for a fourth straight session. The Fed opened a two-day meeting on Tuesday where it’s expected to lower borrowing costs for the first time in more than a decade. Iran, meanwhile, appealed to France for help in the face of U.S. sanctions that have caused the OPEC member’s crude exports to plunge. read more @ https://finance.yahoo.com/

Iran Crude oil in floating and onshore storage has exceeded 110 million barrels, French energy data analysts Kpler reported this week, noting the number of barrels in floating storage specifically had increased almost twofold over the last two months. Iranian oil exports have dropped in July to as low as 100,000 barrels per day (bpd) due to sanctions and rising tension with the United States and Britain, according to an industry source and tanker data, deepening global supply losses.

The US Treasury Department granted Chevron a three-month extension of sanctions waivers that were scheduled to expire at midnight. The decision gives Chevron and four US oil services companies permission to continue doing business with national oil company PDVSA, which has been sanctioned by the Trump administration.

extension of a waiver from sanctions will keep San Ramon, California-based Chevron’s joint venture with state-owned Petroleos de Venezuela SA running for another three months, the U.S. Treasury Department’s Office of Foreign Assets Control said in a statement Friday. The waiver, previously due to end on July 27, will now last until Oct. 25.

The Heavy Crude from Venezuela is used for the construction of roads in the U.S and surrounding countries. with the sanction, in place, American road construction is going to get a lot more expensive.

Sanctions on Iranian and Venezuelan Crude is mostly benefiting the American Oil Companies.

Texas looks to be a Diversified Energy Producing State