Mexico’s economy has a high dependence on hydrocarbons. 89% of the country’s energy production is made from fossil fuels. It’s a large producer of oil, natural gas, and coal, however, Pemex is producing less and consumes more. This increases the vulnerability of Mexico’s economy. In 2004, Mexico produced 3.4 million barrels of oil on average per day and in 2018 production contracted to 1.8 million barrels per day, that is, the extraction of crude oil was reduced by half. In 2018 the lowest level of production of the last 38 years was reached and in 2019 the trend continues to fall.

Pemex production of natural gas has also been reduced consistently since 2014, which has increased Mexico’s dependence on gas sold by the United States, as this is one of the least expensive and cleanest fossil inputs to generate electricity. Mexico needs to increase its oil production, but it won’t be an easy task because it requires access to wells with a depth greater than 500 meters, and Pemex only has experience in drilling wells with a depth of up to 100 meters.

One of the biggest Problems Mexico faces is the current need for Pemex to import refined fuels more and more, This is the reason AMLO wants to build a refinery so as not to be dependent on a foreign country for its energy needs. Yet, Mexico’s elite is against this, A Government investigation of those against the plan has not been done, as to see if they benefit from keeping Mexico dependent on foreign companies. If that wasn’t enough American rating agency’s are also against Mexico’s move of Energy independence.

Trying to find a balance of investing in infrastructure and exploration is going to be Mexico’s biggest challenge.

The proposal includes gradual reductions in taxes of Shared Profit (DUC), which is 65%, to a lower rate of 54% for two years.

“These amounts are equivalent to 45.8% of the total accumulated debt maturities for the period 2019 to 2021,” the text highlights, and represents 61.8% of Pemex’s entire annual investment. 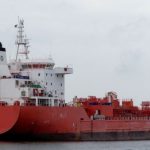 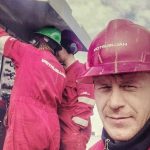 The oil-rich Permian basin is slowing – Bad News For Halliburton?

Carlos Urzúa’s shows his loyalty with the old Guard?

President Of Mexico López Obrador and Trump Make A Deal