The departure of the former finance minister, Carlos Urzúa, will not only leave a gap in the federal government but also in the Pemex Board of Directors. The finance minister occupies a permanent seat and, historically, the vision of this unit influences the decision making of the national oil company.

The company’s finances, which deepened its losses in the first five months of the year compared to the same period of 2018, show the delicate financial situation facing the oil company, in the midst of this resignation.

The national oil company has been preparing the presentation of the new business plan of the current administration, a document expected by the markets and rating agencies, which have criticized the decisions taken so far by the government in relation to the Pemex strategy.

The exit of Urzúa will generate uncertainty within the financial sector, which saw the official having a more moderate view than other members of President Andrés Manuel López Obrador Presidential team.

This calls into question the timing and where Carlos Urzúa’s loyalty was, was it with the past guard that wanted to keep Pemex dependent on foreign refineries? Would has to wonder if in the future we will hear about a corruption prob involving Carlos Urzúa. 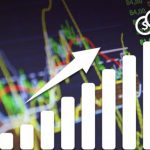 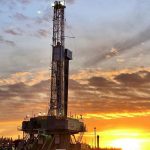 Care About the Planet? We Need More Fracking

Mexico’s New Oil Refinery is good for Mexico but bad for American Business?

President Of Mexico López Obrador and Trump Make A Deal