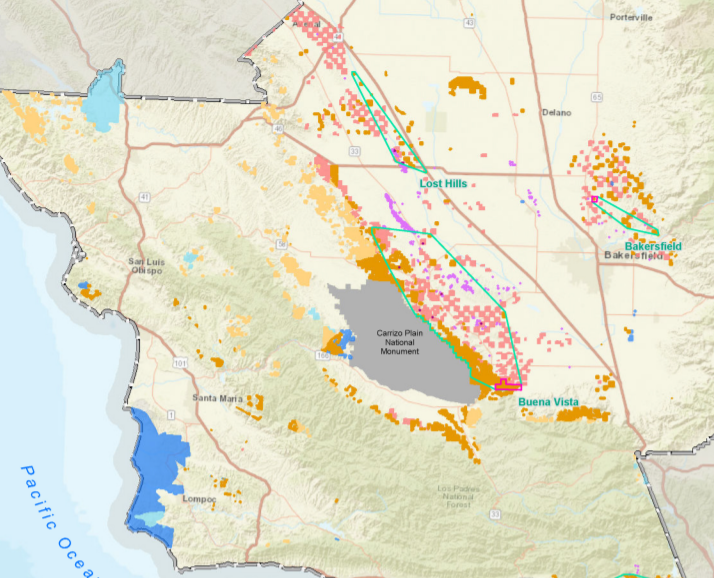 The BLM manages more than 245 million acres of public land located primarily in 12 Western states, including Alaska. The BLM also administers 700 million acres of subsurface mineral estate throughout the nation. The agency’s mission is to sustain the health, diversity, and productivity of America’s public lands for the use and enjoyment of present and future generations. Diverse activities authorized on these lands generated $96 billion in sales of goods and services throughout the American economy in fiscal year 2017. These activities supported more than 468,000 jobs.

The Trump administration today released its draft plan to reopen more than a million acres of public land and mineral estate in central California to oil drilling and fracking. The plan would end an anti jobs moratorium on leasing federal public land in the state to oil companies.

According to BLM and the California Division of Oil, Gas, and Geothermal Resources (DOGGR), there is little or no fracturing of horizontal shale gas wells in California of the type performed in other parts of the United States (CCST 2016). Due to the geologic factors discussed previously, most of California’s oil and gas production to date has been from vertical wells into traditional oil and natural gas reservoirs. In other states, the extraction of unconventional natural gas resources requires extended periods of hydraulic fracturing along lengthy stretches of horizontally drilled production wells.

The extent of fracturing in unconventional rock stretches for hundreds of yards along the horizontal well, and the fractures stretch farther away from an individual well. In California, approximately 85 percent of hydraulic fracturing projects tend to be associated with shallower wells (less than 2,500 feet deep), as opposed to reservoirs in different parts of the country where hydraulically fractured wells might extend thousands of feet (California Legislative Affairs Office 2016). In California, hydraulic fracturing is used to puncture oil-containing rock within a narrow vertical band along a single well bore with the fractures extending only tens to hundreds of feet away from the well (DOGGR 2018a). This process consumes far less fluid to fracture and far less time to complete, as the period of pressurizing the reservoir rock is
much shorter (Appendix U, Kern County EIR; Kern County 2015).

The EIA said crude stocks fell, the biggest since July