In the long term, Electric Vehicles will impact the price of crude oil, It will not, however, cause oil to crumble in use as is popularly believed in Left-leaning circle jerks.

Today, less than 2 percent of the vehicles Americans buy are electric. But within the next three decades, some automotive industry experts expect electric vehicles could make up the majority of U.S. and global car sales. – citylab.com

If the world switched today to an energy source independent of petroleum for its cars, it would then have to increase the use of natural gas to power it’s electricity consumption that all those new electric vehicles would require.

Yet, Even before the use of electric vehicles has taken off , The Consumption of natural gas set a new record last year, reflecting increased demand from natural gas-fired power producers and bouts of extreme weather, in the past years. 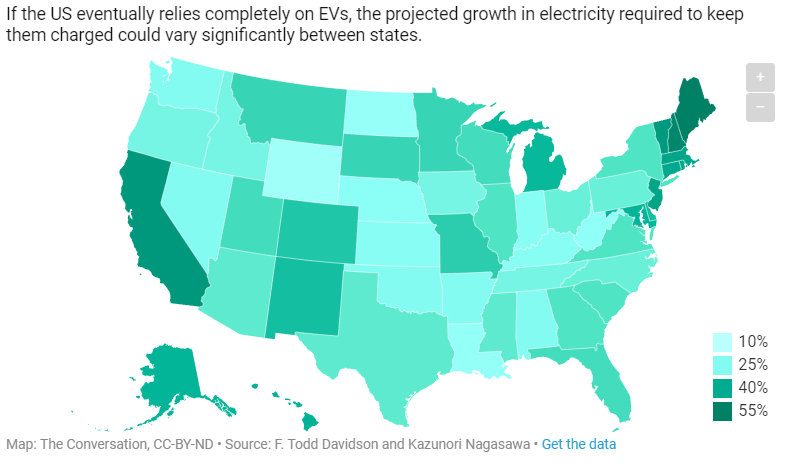 [IMG citylab.com] read more about  the increased use of  electricity @   citylab.com

What is produced from Crude oil?

Petroleum is an integral part of modern life in terms of the things it is used to make beyond gasoline and other fuels.  Objects as diverse as plastics, pharmaceuticals, and cosmetics use various aspects of petroleum as foundations in chemical reactions.

Chemicals, though, are a bright spot. Naphtha – the volatile mix of short hydrocarbons used as feedstock for plastics manufacturing and other petrochemicals – is the only major component of the crude barrel where the IEA expects to see consumption increase, regardless of action on climate change.

Plastics is the next target?. 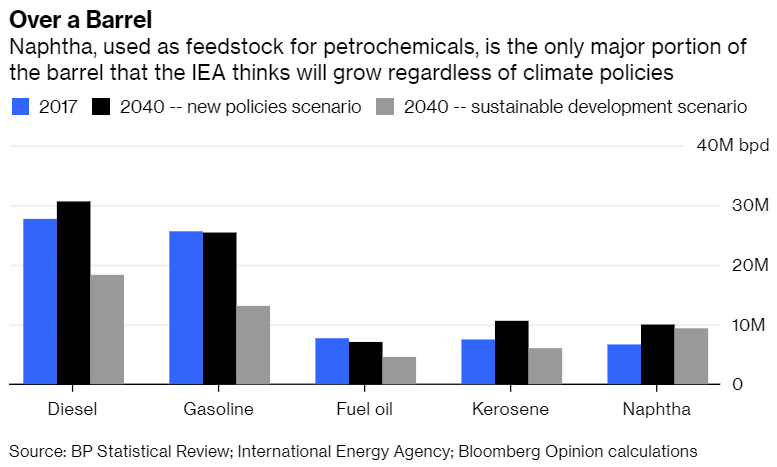 As of today, there are few alternatives to crude oil, in use for petrochemical feedstocks, which increasingly differentiates it from the transportation sector. Moreover, government policy has not yet curtailed demand for end-use products.

“In contrast to gasoline or diesel, there are only very few countries with any tax imposed on disposable plastic products,” the IEA said. – energyfuse.org

However, that is beginning to change with corporate decisions to cut single-use plastics such as straws and lids, while taxes and outright bans on plastic bags are proliferating at the municipal and state level. The European Union has proposed a ban on single-use plastic items.

“There is currently a considerable cost gap that bio-based processes need to close in order to be competitive, and it is hard to see this happening without technological advances or breakthroughs,”