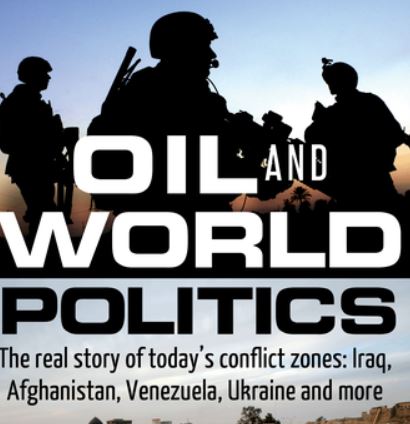 Rosneft has responded to the accusations voiced by US Secretary of State Mike Pompeo that the Russian company is buying oil from VenezuelaWhy are the U.S Oil Majors so interested in Venezuela? in contravention of the sanctions. The response was published on the official Rosneft website.

“Rosneft is assessing the consequences of the statements made by US officials, and if damage is identified, it will seek to protect its rights in accordance with the standards of international law,” the document states.

Are actions against the Venezuelan government really about oil?

In a new book, John Foster traces the underreported links between geopolitics, conflict and the global competition for oil. Here, he examines how these links — more so than a concern for human rights — may be behind Western sanctions on Venezuela. – read here

Petroleum is the most valuable commodity in the world and an enormous source of wealth for those who sell it, transport it and transform it for its many uses. As the engine of modern economies and industries, governments everywhere want to assure steady supplies. Without it, their economies would grind to a standstill. get book here

Oil Prices Rise After Saudis Hint at a Production Cut

Care About the Planet? We Need More Fracking