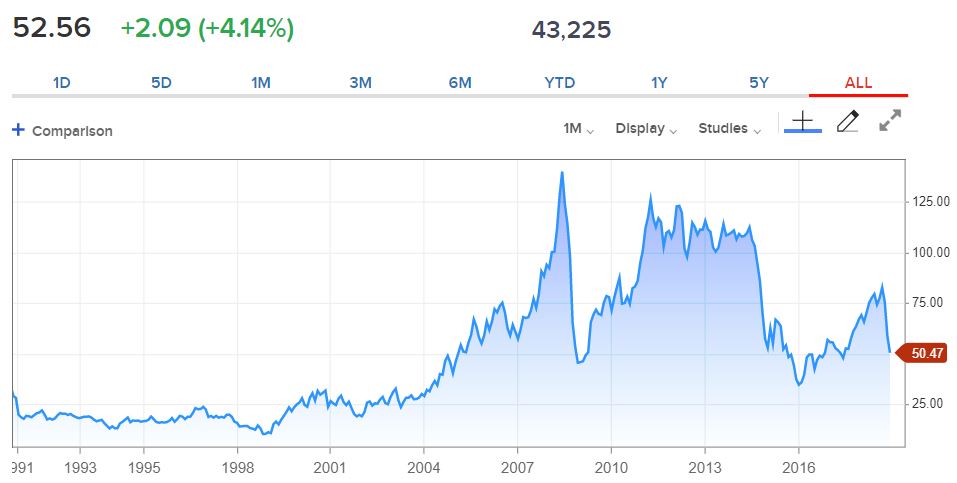 Crude has been caught up in wider financial market weakness as the U.S. government shutdown, higher U.S. interest rates and the U.S.-China trade dispute unnerved investors and exacerbated worries over global growth.

The continuing collapse in oil prices signals that investors are worried about a 2019 recession, according to Helima Croft, global head of commodity strategy at RBC Capital Markets.

“I think what we’re seeing in oil is a big, big concern for 2019 about a recession. I think that is really weighing heavily on this market,” Croft told CNBC’s “Closing Bell” on Friday.

Croft’s commentary reflects a view on Wall Street of a slowing economic growth and weaker-than-anticipated demand are pushing the oil market deeper into bear market territory.

The rout has continued despite a pledge earlier this month by OPEC, Russia and several other oil producers to remove 1.2 million barrels per day from the market beginning in January.