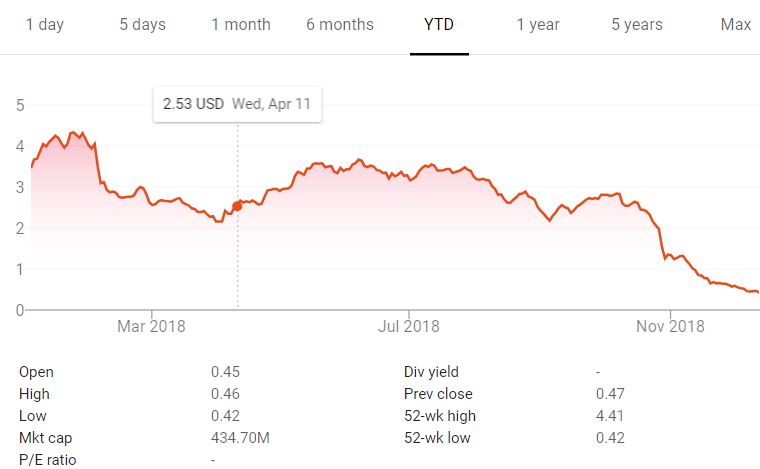 After 30 days of its stock trading below $1 per share, oilfield services giant Weatherford International is facing getting delisted from the New York Stock Exchange.

Weatherford International (NYSE:WFT) last announced its quarterly earnings results on Monday, October 29th. The oil and gas company reported ($0.10) earnings per share (EPS) for the quarter, beating the Thomson Reuters’ consensus estimate of ($0.13) by $0.03. The business had revenue of $1.44 billion during the quarter, compared to analyst estimates of $1.52 billion. Weatherford International had a negative return on equity of 283.53% and a negative net margin of 45.58%. The firm’s revenue was down 1.1%

The Switzerland-based company received a written notice from the New York Stock Exchange stating that it is not compliance with stock exchange rules, Weatherford officials confirmed early Friday evening.

Days of Oil-friendly Republicans controlling Congress are over

Apache says it will reduce its Permian rig count to zero