Trican Well Service Ltd (TSE:TCW) shares were down 6.1% during trading on friday. Approximately 290,322 shares were traded during trading, a decline of 90% from the average daily volume of 2,890,983 shares. The stock had previously closed at C$0.91.

Trican Well Service Ltd. (“Trican” or the “Company”) announced recently the pricing of an underwritten secondary offering of common shares (“Keane Shares”) of Keane Group Inc. (“Keane Group”) by one of its stockholders, Keane Investor Holdings, LLC (the “Selling Stockholder”), of 5,251,249 Keane Shares. 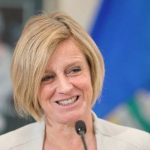 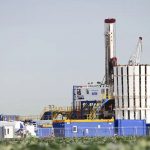 A look at the Drillmec rig HH220 operated by Cuadrilla