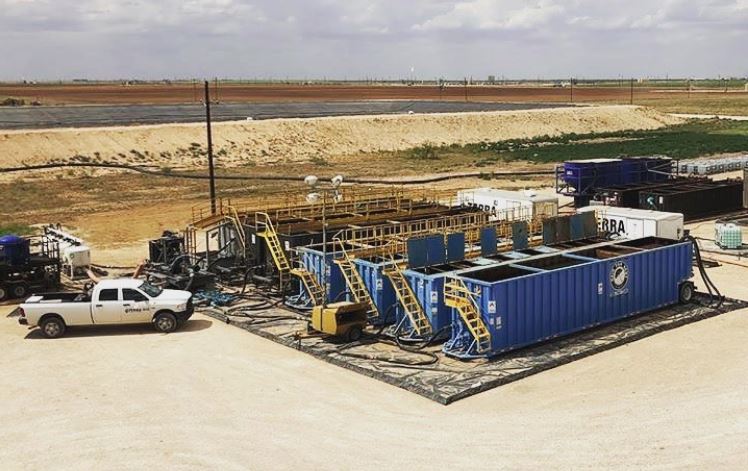 Fracking requires a huge amount of water, a major concern in dry Western states that otherwise welcome the practice. But New Mexico thinks it can mitigate that problem by pushing oil companies to treat and recycle for fracking wastewater use in agriculture — or even as drinking water.

With the help of the EPA, New Mexico officials last month released a draft document on how to clarify state and federal regulations to promote reuse of the waste water.

“Our hope is that it has a significant impact,” McQueen said, eyeing figures that might total a billion barrels of water a year. “As we see the produced water volumes increase, it just makes sense that we explore other methods of disposal, particularly if those methods may have an upside or beneficial use to New Mexico.”

“If they go without challenge, these plans will forever change New Mexico’s water,” the Red Nation, a Native American advocacy group, said in a statement released in advance of a protest at a recent oil and gas industry conference in New Mexico. The new regulations would “guzzle up the region’s scarce and sacred freshwater resources for fracking and then ‘re-introduce’ dirty water back into the hydrological cycle.”

“We don’t know a lot about produced water because frankly it’s always gone down a hole, it’s always gone down the well,” Leyden said. “If you’re dumping it in the Susquehanna [River] and diluting it 1,000 to one, or putting it on a lettuce crop, or if it’s for municipal use for potable water, those are very different things.”

Consolidation In The Pressure Pumping Secture

Trump looks to the oil industry for votes