State oil company Pemex is set to add a billion barrels of oil equivalent to reserves after discovering a gas field that, within four years, will yield 80,000 barrels per day of condensates and 700 million cubic feet per day of gas to feed petrochemical units in south Mexico.

The discovery in the Ixachi field, state of Veracruz, “is the most important made in the inland portion in the last 25 years and the fourth biggest at a worldwide level in the last decade,” the company said on Tuesday.

The Mexican economy would likely grow by just over 2 percent in 2019 and the peso would trade at around 20 pesos per dollar.

The 2019 budget, due to be presented by the middle of next month.

Pemex estimates the project now holds 1.3 billion boe of proved, possible and probable (3P) reserves. This would make Ixachi the fourth-largest onshore discovery in the world in the last decade, Escalera said.

Ixachi is a technically challenging field with a depth, temperature, and pressure similar to other giant foothill fields, such as the Rubiales in Colombia and the El Furrial in Venezuela. 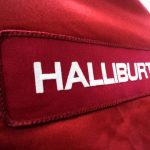 Halliburton (NYSE:HAL) has seen its stock price decline by almost 30% since early October 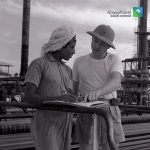 PEMEX – China Oil and Gas Partnership is heating up

Mexico’s New Oil Refinery is good for Mexico but bad for American Business?