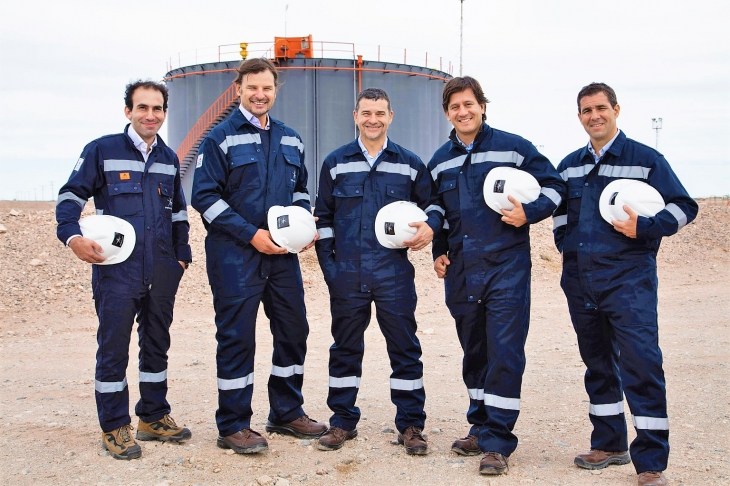 The Mexico City-based company got a 35-year production license for a block in the Argentina Vaca Muerta play that it plans to divide in two for the projects, it said in a statement Thursday.

If the resources are commercially viable for production, Vista will invest up to $9.3 billion in drilling 651 wells in the development phase on the blocks, according to a separate statement from the Neuquen government.

The company is led by Miguel Galuccio

And a management team comprised of experienced executives of the oil and gas industry.

Our company started as a special purpose acquisition company (SPAC), we made an Initial Public Offering (IPO) raising funds that were used in the Initial Business Combination.

On April 4, 2018, Vista completed the acquisition of a fully operational platform with certain conventional and unconventional assets, with interests in certain exploitation concessions, assessment blocks and exploration permits in Argentina. The majority of the Acquired Assets are located in the Neuquina basin. Vista is now estimated to be the fifth largest oil producer, according to the latest available information published by the Argentine Ministry of Energy and Mining.

The acquisition represents proved reserves of 55.7 MMBoe (based on information as of December 31, 2016); average daily production of 27,472 boed (based on information for the first nine months of 2017); in excess of 137,000 acres in the Vaca Muerta unconventional play, the most prominent unconventional formation in the Neuquina basin, including 54,000 acres in the core of Vaca Muerta’s shale oil window that are ready for full scale development.

Halliburton (NYSE:HAL) has seen its stock price decline by almost 30%...