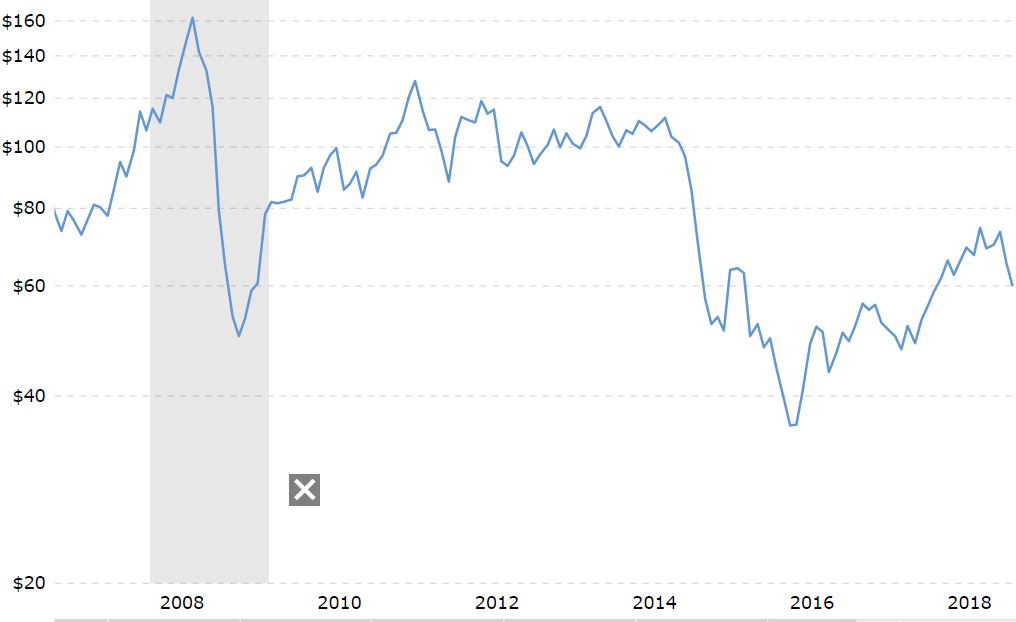 The slump reflects a fundamental change in the outlook for the oil prices. A month ago, traders were concerned that a looming shortage of oil would push crude futures to $100 a barrel. Now, supply is expected to swamp demand at the start of 2019.

As a result, oil prices have plunged more than $20 a barrel since the start of October, when Brent crude rose to nearly $87 a barrel and U.S. crude traded just shy of $77. Both benchmarks are now trading firmly in bear market territory, having fallen more than 20 percent from their 52-week highs. read more @ cnbc.com Oil prices sank on Tuesday, with U.S. benchmark crude settling at its lowest year-to-date, stretching its record streak of losses to a 12th session, and global benchmark crude officially entering a bear market.

Natural-gas futures, meanwhile, jumped by more than 8%, to settle at their highest level in nearly four years as the heating fuel continued to soar on the back of expectations for strong winter demand. The move comes a day after futures prices settled at an almost two-year high. read more @ marketwatch.com