A contentious statewide ballot item in Colorado proposing to extend the oil and gas requirement to 2,500 ft has met with severe opposition from energy producers and other businesses in Colorado because it would nearly halt hydraulic fracturing in the state.

The ballot measure would increase the distance between oil and gas wells and homes, schools, and bodies of water to 2,500 feet. The crowd gathered to say the measure would decrease jobs and hamper the oil industry.

But Carl Erickson, a candidate for at-large Weld County commissioner, said he supports Proposition 112 and doesn’t believe as many people will lose their jobs as the oil and gas industry claims.

“I don’t see it as a death knell for oil and gas in the state of Colorado,” he said.

Erickson did not attend the gathering.

The fight against Proposition 112 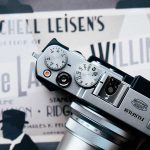