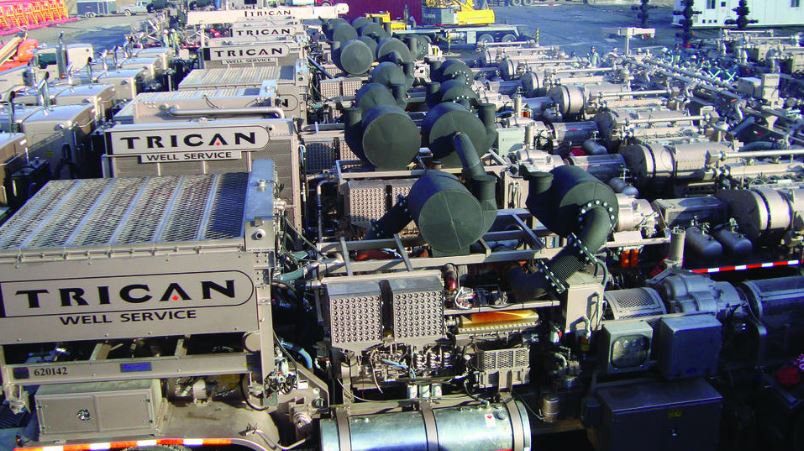 Trican Well Service is headquartered in Calgary, Alberta, Trican has continuing operations in Canada which provide a comprehensive array of specialized products, equipment and services that are used during the exploration and development of oil and gas reserves provided by a highly-trained workforce dedicated to safety and operational excellence. The Company also has a minority ownership interest in Keane Group Holdings,LLC (“Investments in Keane”), a Delaware limited liability company whose only asset is common shares in Keane Group, Inc. (“Keane”), a New York Stock Exchange Listed company that operates in the United States.

Trican maintains an employee count of over 5,829 people and provides a wide range of services including acidizing, coiled tubing, fracturing, nitrogen pumping, cementing, microseismic, and industrial services. with operations in Alberta, British Columbia, Manitoba and Saskatchewan, Canada as well as the United States

Demand for Trican Well Service has been steadily increasing during the past nine months, and this trend intensified very early in the first quarter of 2017 and carried on into the second quarter. Trican is currently operating at approximately 70% of our total fracturing capacity and 60% of our other pressure pumping equipment. The key limiting factor to activating more equipment is the lack of qualified personnel, which
will be the key for it’s future. –  According to its quarterly report

activated 57,500 HHP of fracturing equipment and 4 cement crews during the first half of 2017 and will continue
to add capacity where possible. In the current commodity price environment, we believe that demand is sufficient
that two more fracturing crews can be added in the third quarter, with the possibility for a third crew to be activated once we receive clarity of our customer’s 2018 budgets. This would represent the activation of an incremental 75,000 HHP currently parked fracturing equipment and bring our total active horsepower to 85% of our fracturing fleet. If activity levels remain high and sufficient personnel are recruited, our entire fracturing fleet could be activated within the next twelve months. We expect that these activations would secure work at the leading edge of pricing which would provide Trican with rates of return in excess of our cost of capital. To support our reactivation efforts, we have continued to hire and train during spring break-up.

Trican Well Service stock is way down, even after the sale of Keane shares

Oil traders are tracking the mobile phones of oilfield workers